Nikita Degtyarev is a research consultant for Open Nuclear Network, a programme of One Earth Future, where he works on the testing of tools for open source data analysis and the development of interactive databases on missiles and sanctions. His research interests include open source research and nuclear risk reduction, nuclear non-proliferation, the Treaty on the Prohibition of Nuclear Weapons (TPNW) and NATO nuclear policy.

Prior to joining ONN, Nikita was an Information & Publications Program Coordinator at the PIR Center, writing and editing papers related to the non-proliferation of weapons of mass destruction (WMD), editing the non-proliferation-focused e-journal Yaderny Kontrol (Nuclear Control) and maintaining the organization's website and social media accounts. During his master's degree studies, Nikita interned at the Vienna Center for Disarmament and Non-Proliferation (VCDNP) where he conducted research on NATO nuclear sharing arrangements and long-range conventional missiles in Europe. He also interned at the Representative Office of the Ministry of Foreign Affairs of Russia. 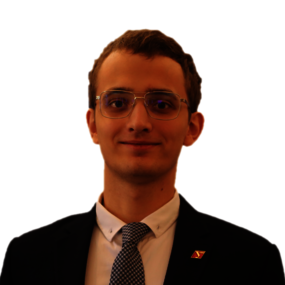