Since May 2019, the Democratic People's Republic of Korea (DPRK) [1] has repeatedly tested two new solid-fuel short-range ballistic missiles (SRBM) with largely overlapping performance. Unlike liquid SRBMs, such as the SCUD-B/C [2], the KN-23 and KN-24 [3] missile systems have different designs, means of transportation and launch methods. However, they have some overlapping performance and utility.

In theory, the longer range KN-23, which appeared earlier than KN-24, should have eliminated the need for the latter. The authors examine English and Korean texts about the two system's launch activities from the North’s state-owned Korean Central News Agency (KCNA) in order to understand this parallel development. 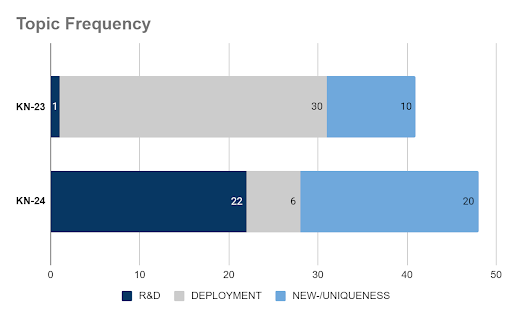 Figure 2. In its first two launches four KN-23 missiles were fired along with other long-range artillery projectiles as part of joint strike drills. All KN-23 missiles launched were painted in an army green colour scheme. KN-23 has both tracked and wheeled chassis. The overall appearance of the wheeled chassis shares some similarities to the Iskander missile system's MZKT-7930 truck. Image: KCTV, annotations by authors

As of now, a total of eight KN-23 rounds have been fired in four launch activities carried out between May 2019 to August 2019. The first two KN-23 launches were part of frontline joint drills aiming at testing troop readiness. North Korea's 240 mm, ~300 mm multiple rocket launcher (MRL) systems and its newly developed self-propellant gun system also took part in these drills.

Only in the third article published on 26 July 2019 [5] does KCNA start to mention that the system is a new one. Including the title, the term "new type tactical guided weapon" ["신형전술유도무기"] appears four times in this article. KCNA also mentions that the system is "to be newly deployed for operation" ["새로 작전배치하게 되는 신형전술유도무기체계"] once, though in the previous two texts, KCNA already indicated that the system has been deployed and mastered by eastern and western front units.

Also in the same third article, Kim Jong Un is reported to have said that the demonstration gives him a better understanding of the system's superiority and perfection to the point that he is "gratified by the direct confirmation and conviction of the rapid anti-firepower capability of the tactical guided weapons system and the specific features of the low-altitude gliding and leaping flight orbit of the tactical guided missile" [7] ["전술유도탄의 저고도활공도약형비행궤도의 특성과 그 전투적위력에 대해 직접 확인하고 확신할수 있게 된것을 만족하게 생각한다"]. But the report did not say that he was gratified by the work of those individuals who accomplished the development of the system.

The word "development" ["개발"] directly associated with the KN-23 appeared once in the form of an indirect quote from Kim Jong Un:

"Develop" or "development" ["개발-"] appear another four times in relation to the general munition industry and armed forces in the third article.
In the 7 August 2019 article on the fourth and last KN-23 launch event to date, [10] KCNA describes the officials, scientists and workers as the ones who "successfully conducted the demonstration fire" ["위력시위발사를 성공적으로 단행"], instead of using terms such as who invested in research and development of the system.

Also in the fourth article, the term "new type tactical guided weapon" ["신형전술유도탄"] is mentioned four times if the title is included. The "demonstration fire" ["위력시위발사"] this time is "an occasion to send an adequate warning to the joint military drill now underway by the U.S. and south Korean authorities" ["미국과 남조선당국이 벌려놓은 합동군사연습에 적중한 경고를 보내는 기회가 될것이라"]. It is stated that the demonstration "clearly verified the reliability, security and actual war capacity" ["신뢰성과 안전성,실전능력"] of the system.

KN-24: Emphasis on R&D of the "Juche Projectiles"

Figure 3. The KN-24 SRBM's tracked chassis is similar to that of the KN-25 "super large calibre" MRL (right). Both have driving wheels located in the front but the KN-24 has six road wheels on each side, while the KN-25 has 10 road wheels. All KN-24 missiles launched were painted with a distinguishable testing paint that serves tracking and measurement purposes. Image: KCNA

The KN-24 system has been tested three times with a total of six missiles launched between 10 August 2019 to March 2020. This puts the start of the testing period three days after the last KN-23 fire demonstration on 6 August 2019.

The terms "research and development", "developed" and "development" ["개발-", "연구개발방향"] directly associated with the system appear in the first KN-24 article on August 10 [11]:

In all KN-24 texts, the words "develop" or "development" directly associated with KN-24 appear eight times. The texts make clear that the KN-24 has a research and development phase, and the R&D is conducted in accordance with the Party’s decree. The researchers and developers answer to the Party Central Committee and are able to make "a proud report".

"Juche" ["주체"], or self-reliance, the official state ideology of North Korea, is used on four occasions that are directly associated with KN-24. For example, a typical one is quoted here:

Generally, the KN-24 articles a more flowery language with passionate sentiment absent in the KN-23 reports, as, for example, evidenced by the "dazzling flashes" that "heralded the birth" of the "Juche projectiles" in the sentence above. The word "birth" [탄생], which, in this context, could be interpreted as the devoted labour to a national creation, appeared three times in two of the English KN-24 articles and twice in the Korean version. [14] The term "Juche" is used another four times in more general terms in all KN-24 articles, such as:

Overall, "Juche" appears eight times in KN-24 articles, but does not appear once in the four articles containing KN-23. One can also easily find clear indications of a gradual developmental process in the KN-24 articles. Such as:

The excerpts above imply that the KN-24 is, by design, a newly and domestically developed weapon that is tested to improve performance and is yet to be delivered to the armed forces. In comparison, the focus on operating ability, combat readiness and posture in the first two KN-23 articles suggest that the KN-23 system has been operated by North Korean troops for some time. The other two KN-23 articles describe the firings as power demonstrations that served as warnings to South Korea and the US. Overall, the texts give the impression that KN-23 is not an indigenous project.

An examination on KCNA texts about KN-25, North Korea's "super large calibre" rocket launcher, also shows clearly that the KN-25 is an indigenous system with a clear, dragual developmental process. The KN-24 texts, along with the KN-25 KCNA texts, make a stark contrast to the KN-23 texts (Table 1). The latter reporting carries a much less passionate sentiment and implies a weapon that already exists and has been deployed at the frontline.

Text analysis alone cannot offer a definitive answer as to why North Korea now has two similar, overlapping systems. However, it may offer a perspective and a working hypothesis:

KCNA texts imply that the KN-23 is not a "Juche weapon of Korean style", it was used first in joint artillery drills and then as a tool for power demonstration against adversaries, which means the KN-23 might have been in limited deployment before being tested. One possible explanation is that the KN-23 might be a weapon utilizing foreign subsystems, such as guidance set, motor section and/or the upper airframe. Or, it might be imported as a whole with some of its small details locally modified to conceal its origin, such as with the extended cable raceway and the slightly modified shape of wings. There might be a precedent for deployment without testing in North Korea. The Hwasong-10/Musudan missile was assessed by some experts as having been deployed this way. [23]

On the other hand, as KCNA texts put it, the KN-24 is a "Juche weapon of Korean style" built to suit the North Korean terrain conditions. Though its maximum range is about 200 km shy of that of KN-23, it seems that it could still meet the demands of North Korea: both KN-24 and KN-25 exhibited a maximum range of about 400 km.

To sum up, the findings from the text analysis supports a hypothesis that the KN-23 is not an indigenous project, while the KN-24 is a domestic effort to have similar ability by incorporating some of KN-23's key elements.

[1] Hereinafter referred to as North Korea.

[6] KCNA does not capitalise "South" when referring to South Korea.

[7] The quote (including Korean version) is from the official KCNA English text.