Skip to main content
Get Updates
The ONN Engagement Network is a carefully selected team of high level trusted and credible individuals, including retired military and foreign policy officials, and other well‑regarded experts, who have knowledge, experience and access to nuclear decision makers and individuals associated with them. Members of the Network are external affiliates, but work in close collaboration with ONN staff. With conflict de-escalation at the centre of their mission, they work to identify opportunities for engagement when conflict is on the rise, providing neutral, objective information as a means of reducing nuclear risk.

Network members receive regular briefings from ONN analysts, and convene meetings with decision makers, as necessary, to provide information in the service of de-escalation.

Chairman of the Executive Board, PIR Center, Moscow, Russia, and Vice-President of the Russian International Affairs Counsel (RIAC), Moscow, Russia
Email General Buzhinskiy
General Evgeny BUZHINSKIY is a Lieutenant-General (Ret.) and holds a Ph.D. in Military Sciences. He joined the Russian Armed Forces in 1968. Between 1976 and 1992 he served in different positions in the General Staff of the USSR and the Russian Federation. During the following ten years (1992-2002) he held a number of senior positions at the Russian Ministry of Defense. In 2002 he was appointed to the position of Head of the International Treaties Department and Deputy Head of the Main Directorate of International Military Cooperation of the Russian Federation Ministry of Defense. He was appointed as PIR Center's Chairman of the Executive Board in 2014. He is also the Vice-President of the Russian International Affairs Counsel (RIAC) and a member of the European Leadership Network. 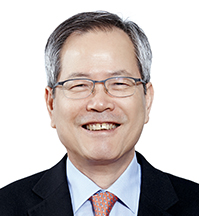 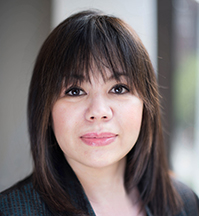 Senior Fellow, Carnegie Endowment for International Peace, Washington DC, USA
Suzanne DIMAGGIO is a Senior Fellow at the Carnegie Endowment for International Peace, where she focuses on US foreign policy toward Asia and the Middle East. She is one of the foremost experts and practitioners of diplomatic dialogues with countries that have limited or no official relations with the United States of America, especially Iran and North Korea. For two decades, she has led track 1.5 and 2 dialogues on a range of issues, including a US-DPRK initiative that has included several visits to North Korea. As part of that process, she facilitated the first official diplomatic discussions between the Trump administration and North Korean government representatives. She is also a co-founder and the board chair of the Quincy Institute for Responsible Statecraft and an associate senior fellow in the Disarmament, Arms Control and Non-proliferation Programme at the Stockholm International Peace Research Institute (SIPRI). 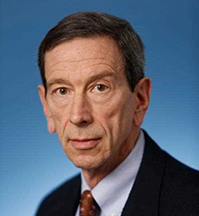 Senior Fellow, Brookings Institution, Washington DC, USA
Email Mr. Einhorn
Robert J. EINHORN is a senior fellow in the Center for Security, Strategy and Technology within the Foreign Policy program at the Brookings Institution in Washington, D.C. Prior to joining Brookings in 2013, he had a long and distinguished career in the U.S. Department of State, most recently as the Special Advisor for Nonproliferation and Arms Control (2009-2013). He has also served as Assistant Secretary of State for Nonproliferation (1999-2001) and Deputy Assistant Secretary of State for Political‑Military Affairs (1992‑1999), as a member of the State Department Policy Planning staff (1986-1992) and in various positions at the U.S. Arms Control and Disarmament Agency (1972-1986). Between 2001 and 2009 he was a Senior Advisor at the Center for Strategic and International Studies. He is a member of the Council on Foreign Relations and the International Institute for Strategic Studies. 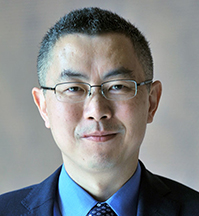 Vice President and Secretary General, China Arms Control and Disarmament Association (CACDA), Beijing, China
Secretary General LI Chijiang is the Vice President and Secretary General of the China Arms Control and Disarmament Association (CACDA) since 2019. He entered the Chinese Ministry of Foreign Affairs in 1997 and has worked in the Department of Arms Control, the Permanent Mission of the People's Republic of China to the United Nations Office at Geneva and Other International Organizations in Switzerland, and the People's Republic of China Permanent Mission to the Organization for the Prohibition of Chemical Weapons. He has also served as Deputy Director and Director of the Arms Control Department of the Ministry of Foreign Affairs and as Counselor in China's Embassy in the United Kingdom. 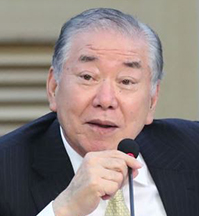 Chairman, Sejong Institute, Seoul, Republic of Korea
Email Professor Moon
Professor MOON Chung-in is Chairman of the Sejong Institute, Vice-Chairman of the Asia-Pacific Leadership Network (APLN) and Distinguished University Professor at Yonsei University. He most recently also served as the Special Advisor for Unification, Diplomacy and National Security Affairs for President Moon Jae-in (2017-2021). He is widely recognised in academia for his political science scholarship and has served as Chairman of the Presidential Committee on Northeast Asian Cooperative Initiative of the Roh Moo-hyun government, a cabinet-level post and Ambassador for International Security of the Ministry of Foreign Affairs and Trade. He was a special delegate to the first (2000) and second (2007) Korean summits in Pyongyang, as well as two inter-Korean summits of 2018. 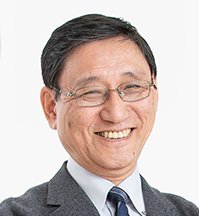 Vice Director and Professor, Research Center for Nuclear Weapons Abolition (RECNA), Nagasaki University, Nagasaki, Japan
Email Dr. Suzuki | Follow on Twitter and Facebook
Dr. SUZUKI Tatsujiro is the Vice Director and a Professor of the Research Center for Nuclear Weapons Abolition (RECNA) at Nagasaki University. Before joining RECNA, he was Vice Chairman of the Japan Atomic Energy Commission (JAEC) in the Cabinet Office (2010-2014). Prior to that, he was an Associate Vice President of the Central Research Institute of Electric Power Industry in Japan (1996-2009) and Visiting Professor at the Graduate School of Public Policy and the University of Tokyo (2005-2009) and an Associate Director of the International Program on Enhanced Nuclear Power Safety at the Massachusetts Institute of Technology (MIT) (1988-1993). He is a member of the Advisory Board of Parliament's Special Committee on Nuclear Energy since June 2017. He is a member of the Executive Committee and Council of the Pugwash Conferences on Science and World Affairs (2007-2009; 2014 to the present). 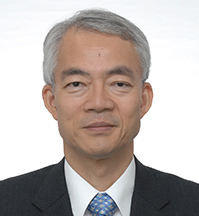 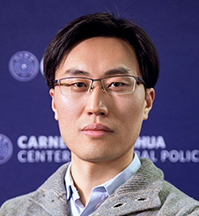 Senior Fellow, Carnegie-Tsinghua Center for Global Policy, Beijing, China
Dr. ZHAO Tong is a Senior Fellow at the Carnegie-Tsinghua Center for Global Policy and he holds a Ph.D. in science, technology and international affairs, a B.S. in physics and an M.A. in international relations. Dr. Zhao focuses on strategic security issues, including nuclear weapons policy, deterrence, arms control, nonproliferation, missile defense, hypersonic weapons and China's security and foreign policy. He is on the Board of Directors of the Asia-Pacific Leadership Network (APLN) for Nuclear Non-proliferation and Disarmament and on the advisory board of the Missile Dialogue Initiative. Dr. Zhao is an associate editor of Princeton University-based Science and Global Security journal and a member of the International Panel on Fissile Materials.
To Top