Secure Fisheries Project Manager Jamal Hassan visited the Kismayo area of Somalia in December 2021 for discussions with the Director-General of the Jubaland Ministry of Fisheries and Marine Resources, Mr. Mohamed Khalif, about the potential to establish a cooperative management (co-management) initiative in Jubaland in 2022, based on Secure Fisheries’ successful models in Bendar Beyla, Puntland, and Zeila, Somaliland.

Kismayo is a major port city in Somalia and is located just south of the Juba River estuary.  As elsewhere in Somalia, the fishing sector is experiencing a gradual revival as demand for fish products grows among local consumers and exporters. Finfish, lobsters, shrimp, crab, and sharks are important export products from the region, and mostly find their way to other African markets via Mombasa, Kenya. The region is home to the Bajuni community, which inhabits the islands just off the mainland and in the coastal towns. They have been artisanal fishers for generations using traditional gear. 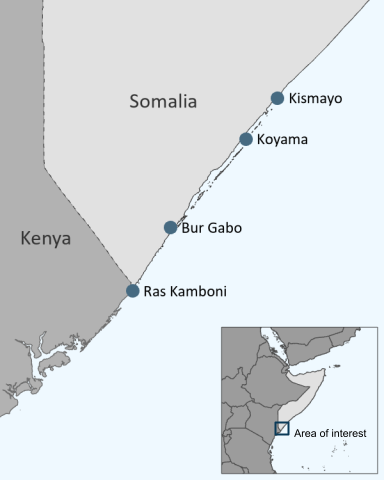 Despite a growing fishing economy, the sector remains underdeveloped and a lack of fishing equipment, training opportunities, and cold storage are limiting factors for growth and maximizing efficiency and profit. Additionally, the community is concerned that some species, such as lobsters and sardines, are being overfished and that a management structure is needed to regulate the fisheries.

During his stay in the region, Jamal had the opportunity to visit some of the coastal communities south of Kismayo, in the company of an associate from the Ministry. At Ras Kamboni he met the Mayor, Mr. Mohamoud Ibrahim Farah, with whom he had a discussion about the local environment. He also met the leaders of the fishing community, Mr. Hassan Nuriye, and Mr. Abdi Shalid Dawud.

The Mayor expressed the need to do something about the problem of plastic bag pollution on the coast and expressed concern about the amount of fish that goes to waste because of the lack of cold storage facilities at the local landing site. 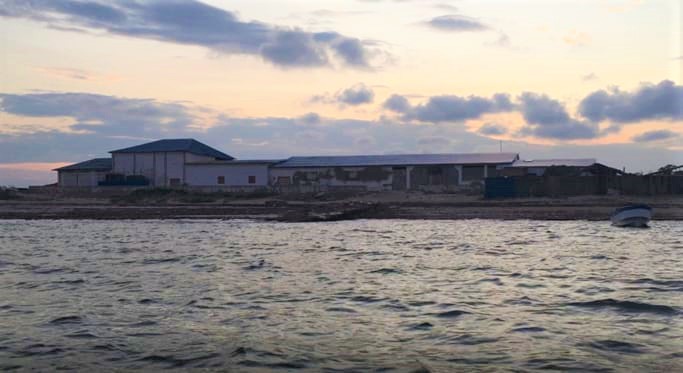 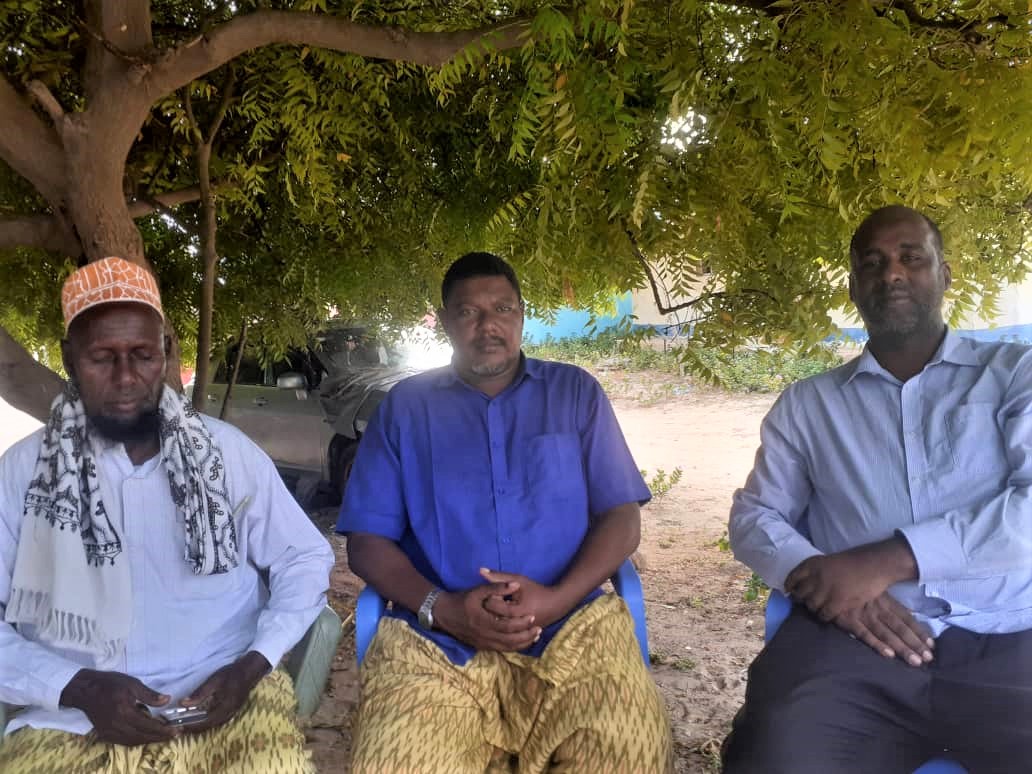 The landing site at Ras Kamboni and Jamal's meeting with the leaders of the fishing cooperative there.

Farther north at the estuarine town of Bur Gabo, Jamal met members of the local community with whom he had discussions about fisheries management and about the local environment. Jamal visited the local beaches, where he observed firsthand the impact of plastic bag refuse on the mangrove system, which is an environmental issue that the Jubaland authorities are keen to tackle. The plastic bag refuse built up over decades and was caused by charcoal exports from the location over the years. While bags of charcoal were loaded onto the boats, some of the bags would rip and have to be replaced. The ripped bags would then be discarded at the location and get washed into the mangrove forest, degrading this threatened habitat which is host to diverse marine life and birds, and offers protection from storms and erosion. 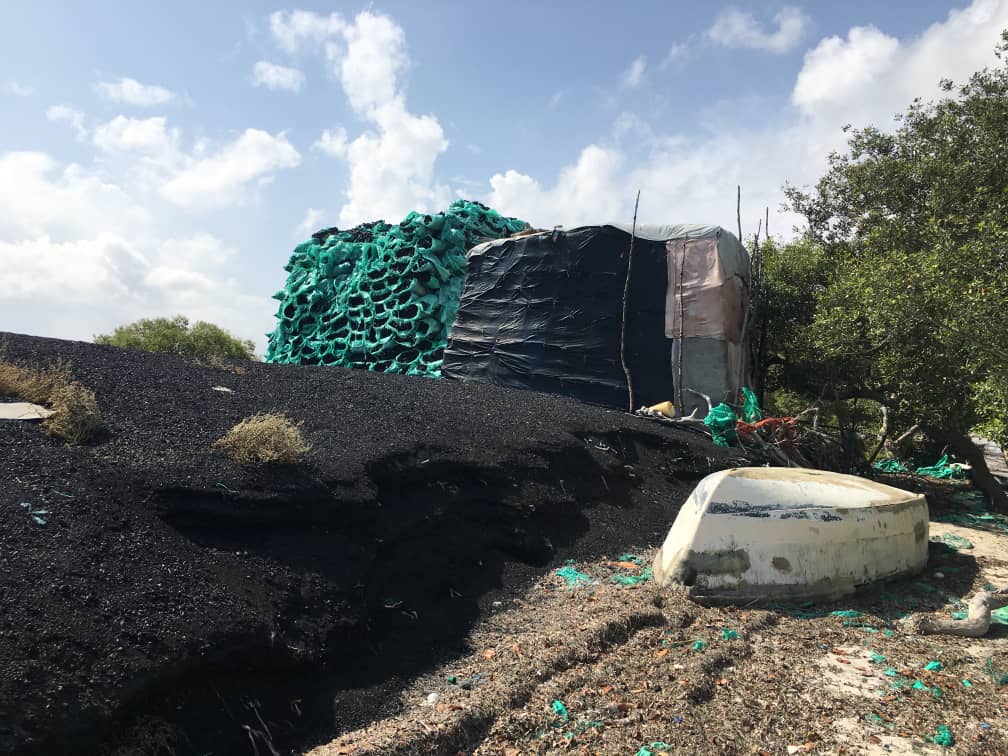 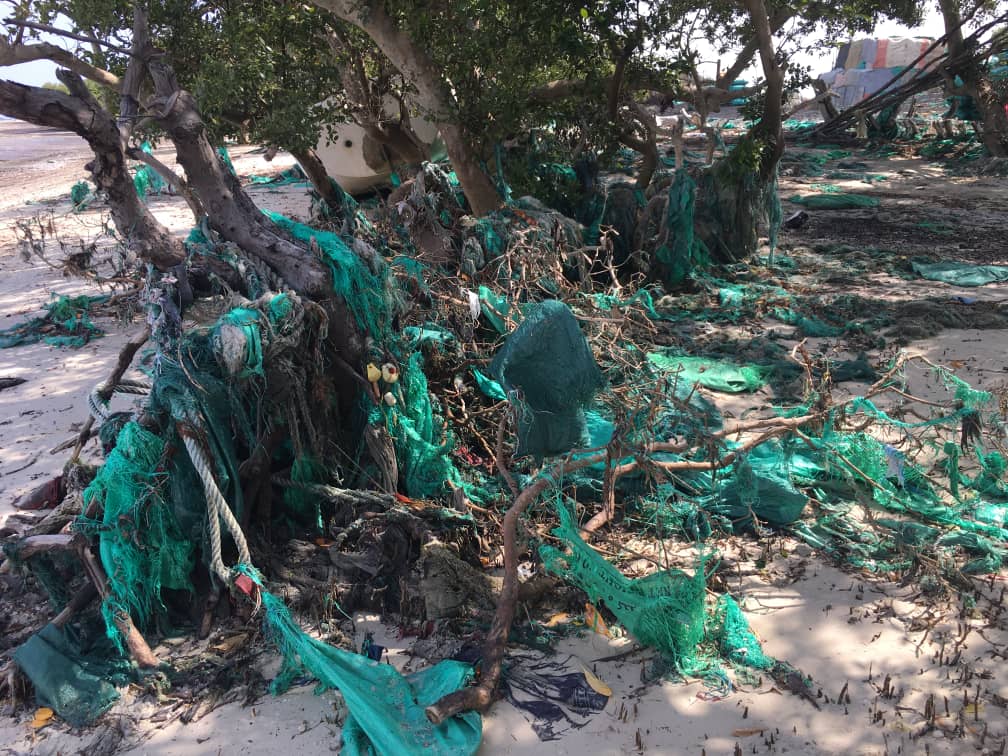 Confiscated charcoal stacked near the beach creates massive amounts of debris on the beach.

These illegal charcoal exports ceased several years ago after they were banned by the Jubaland authorities who were concerned about the detrimental effect on the environment of cutting down trees to make charcoal. But the problem remains as to what to do with the existing stacks of charcoal and the plastic bag refuse along the shore; the local community stressed the need for a major beach clean-up.

Lastly, Jamal visited the Bajuni Island of Koyama, in the company of Mr. Yusuf Shuvale and Ms. Gani Abdullahi (Jubaland MFMR), where a focus group discussion was held with the villagers about fisheries management. During the discussion, the villagers expressed concern about the noticeable drop in fish and lobster stocks that they have observed in the local waters. This was chiefly blamed on illegal, unreported, and unregulated (IUU) fishing, including overfishing by locals, particularly with the use of non-selective fishing gear and techniques that give rise to a significant amount of by-catch. The main gear used in this area is gillnet, which catches and kills whatever it comes into contact with, including sea turtles, mammals, and fish species for which there is little demand. A chief complaint was the use of nets with small mesh openings that do not allow passage of unwanted species like sardines. The community stressed the need for regulation of the fishery to resolve these issues.

The outcome of the discussions with the Ministry and visits to the communities showed that there is an appetite for community-let management in partnership with the government. Though each community is facing unique difficulties, they all agreed on the need for regulations that focus on preserving the environment and the fish populations that drive the local economies. These visits were the first step toward a joint proposal by the Jubaland Ministry and Secure Fisheries to donors that might be interested in supporting the establishment of a co-management initiative in Jubaland in 2022.

On March 15-16, the Zeila Co-Management Association, the Somaliland Ministry of Livestock and Fisheries Development, and the Ministry of the Environment and Climate Change came together with partners to plan the creation of Somaliland’s first Marine Protected Area (MPA). Secure Fisheries hosted the workshop that included Zeila CMA,  Blue Ventures, Candlelight, the UN FAO and UN Environment Programme, and local members of the fisheries private sector. Workshop participants discussed the scientific and legal foundations needed to design an effective MPA in the waters near Zeila.

Last year, the Zeila CMA proposed the creation of an MPA as part of its community-led fisheries management efforts. The MoLFD and MECC support MPA design as part of their strategic plans. When launched, the MPA will provide protection for coral reef and mangrove ecosystems while conserving valuable fish stocks for local fishers. The goal of the MPA will be to balance environmental protection with access to fish stocks for livelihood support.

The waters around Zeila have been designated as a Key Biodiversity Area due to high fish productivity, rich coral reef systems, islands that support migratory bird populations, and vibrant mangrove forests. However, a lack of fisheries management and unregulated fishing by foreign vessels poses a potential threat to fisheries health. The Zeila CMA, created in 2020, is partnering with Secure Fisheries and this wider partner consortium to co-design an MPA intended to support artisanal fisheries while providing the level of environmental protection needed for ecosystem integrity, ecotourism, and long-term resilience.

Secure Fisheries is a program of One Earth Future. We work with local, regional, and international stakeholders to strengthen fisheries governance, combat illegal fishing, and promote sustainability in fragile and post-conflict regions as a pathway towards greater peace and stability.

Secure Fisheries is a program of One Earth Future (OEF), a privately funded and independent operating foundation. OEF provides active operational, research, and strategic support to its programs, allowing them to focus deeply on complex problems and create positive alternatives to organized political violence.

Secure Fisheries cooperates closely with other programs at OEF to address the root causes of conflict in some of the world’s most vulnerable areas. We work with: